At the beginning of 1944 the plans for the Allied landings in Normandy had reached the final phase. The planning included a campaign to gain dominance in the air over Western Europe. The first target was the German aircraft industry (aircraft factories, airports, fuel production, radar stations, etc.). The first attack had been planned for mid-February 1944. The targets were the Messerschmitt factories in Leipzig. Only on Februari 19 the weather forecast was good enough to send the bombers off.
In the evening, 823 Lancasters and Hallifaxes left for Leipzig. Around 3.00 a.m. 2300 tons of bombs were dropped. Next afternoon the USAAF carried out a follow-up campaign with 200 bombers with another 700 tons of bombs. About 1,000 people died in Leipzig and the production of the Messerschmitts was delayed by two to three months.

That night Bomber Command suffered the worst losses ever: 82 bombers did not return from their mission. The anti-aircraft defense around Leipzig took its toll, but most of the victims fell prey to the Night Hunters on their flight home. Ten percent of the air fleet was an unprecedented heavy loss.
The Lancaster that crashed at Paal was one of these 82 lost planes. In the early morning of February 20, Paal escaped from a disaster. If the aircraft had been in the air for a few seconds longer, the entire village would have been destroyed.

Because the data of the aircraft and its crew had remained unknown for a long time, two members of the Stichting Werkgroep Archeologie Hulst (Jaap Geensen and Mark Zwartelee) made an effort to find out the facts.

For the whole story klick on the green button:

The project of the Municipality of Hulst called "Strengthen the Scheldt Villages" offered the opportunity to place a memorial plaque on Paal. The choice was made for placement on the façade of Pavilion ’t Schor. From this restaurant there is a direct view of the crash site.

Family members of three crew members could be traced. The unveiling of the monument took place on Saturday November 9, 2019. Five relatives from Canada and two from the United States were present. Two of them, together with Mayor Mulder, unveiled the plaque while a hornblower from the "Bierkaai Brass Band" performed the Last Post followed by two minutes of silence. Then a bagpipe player from the "Canadian Scottish Memorial Pipes and Drums" played a lament.
Flowers were laid by the families. A RCAF sergeant, representatives from WingstoVictory, the Gdynia Museum and The Aircrew Remembrance Association laid a wreath (of course with poppies). Pilot Winn's relatives had taken an original photo of him. The entire ceremony was very impressive.
After the ceremony A Focke-Wulf FWP 149D from the Flying Museum Seppe payed them tribute by flying over the site a few times.

Many thanks to the City council of Hulst for assistance in organizing and facilitating the event. Also thanks to restaurant 't Schor for making the space available, the honorary guard of Canadian Scottish from Hulst for the musical support and also the Bierkaai Brass Band from Hulst who played the Dutch and Canadian national anthem, Hamelink Natuursteen from Terneuzen for the production and placement of the plaque, Museum Gdynia from Axel, WingstoVictory for arranging the "Fly By" and placing the picture with the QR Code, The Royal Air Forces Association for their presence and also thanks to David King of The Aircrew Remembrance Society UK for assisting in the search for family members. Given the numerous attendees the goal seems to have been achieved: to ensure that the names of the seven heroes who died at Paal are not forgotten. 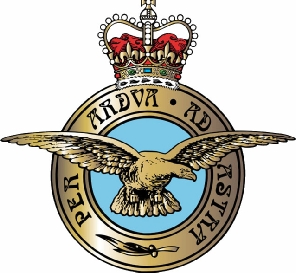 The flags of Poland, Canada, United States, The Netherlands, and the United Kingdom during the ceremony at Paal on november 9, 2019

The plaquette with the names of the crew 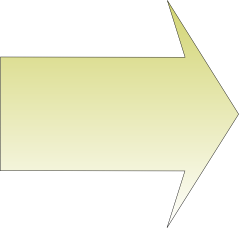 Pavilion 't Schor in Paal, where the monument was placed 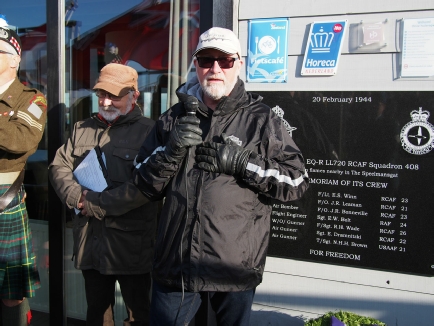 Pat Bonneville, one of the relatives

Mayor Mulder of the city of Hulst

Salute by the Focke-Wulf FWP 149D from Seppe airport 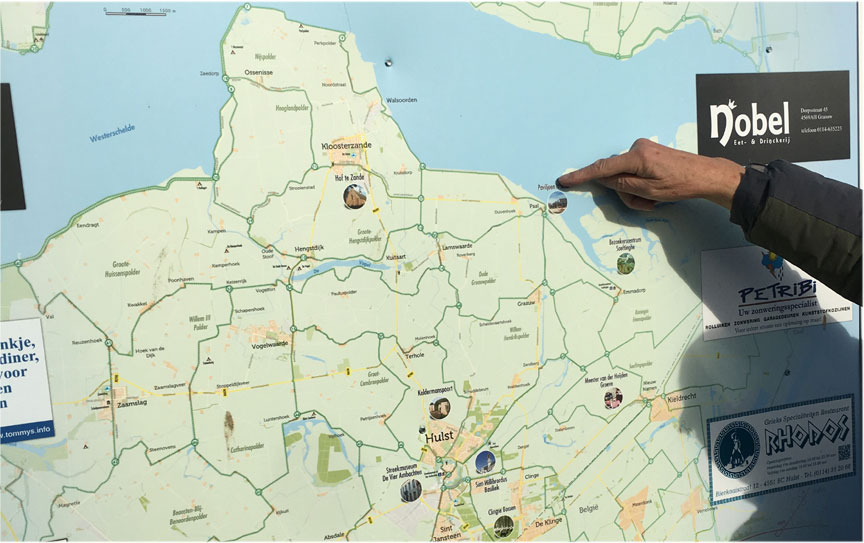 The exact place where the lancaster bomber crashed on februari 20, 1944

Mr. Mulder, mayor of Hulst, together with Karen and Lynn Dramnitzki and Pat Bonneville.

Nowadays it is normal for a lot of interesting tourist points that a picture with a QR code is present at this point. If you have a QR app on your iPhone, tablet or smartphone, you can scan this code. The story that belongs to that place will appear on your phone or tablet. So also at the monument in Paal.

You can also scan the code here on this page and read the story at home.

During the celebration some members of Werkgroep Archeologie Hulst used their phone to make a small movie. Maybe you think it interesting. If so, klick on the buttons on the right.